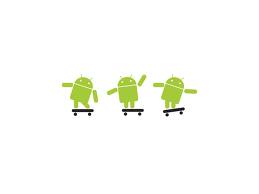 Android isn't just for cellphones anymore. Which means that there will come a day when Android is more important than the iPhone, more important than Windows, and more important than any one device.
Android is an open source operating system created by Google for primary use on smartphones, and is currently in use on many cellphones such as the Motorola Droid, the HTC Droid Eris, the HTC Hero, the HTC Desire, the MyTouch 3G Slide, and the Dell Streak.
Recently there's been a developer release of the Android operating system for use on the x86 archictecture, which will eventually allow Android to be ported to tablets, netbooks and even onto laptops and desktops, as well as onto many other devices, such as set-top boxes, video game systems, home control systems and other things not even thought of yet.
Android is written in Java on a modified version of the Linux kernel. Because of its open architecture, it's easy for developers to build applications to run on the Android operating system. Unlike the Apple closed architecture, with its draconian gatekeepers, anyone capable of coding can write an application to run on Android. And if Google's rules are followed, that application will be made available to all Android users.
What that means to you is that if you want your cellphone to do something it doesn't currently do, and there isn't an Android application that does it, you have the ability to contract with a developer to have an application built that will allow your cellphone to do exactly what you want, though there are also developer groups who, if the idea is a great one, may take your project on in exchange for the ability to put their name on it and offer servicing and customization of that application, which is the way open source works. The sky is the limit!
As of this writing there are approximately two Android phones activated per second. Because Android is offered on so many great phones, with many new ones to be launched soon, it won't be long before Android phones hold a greater market share than any other operating system on any other phone, including the iPhone, especially since the Android 2.2 Froyo release supports Adobe Flash, a sticking point with the iPhone and other cellphones. Android 2.2 Froyo is right now being rolled out to the Nexus One, and will soon be available for most other Android phones.
Posted by Unknown at 6:55 PM